The most elegant man. 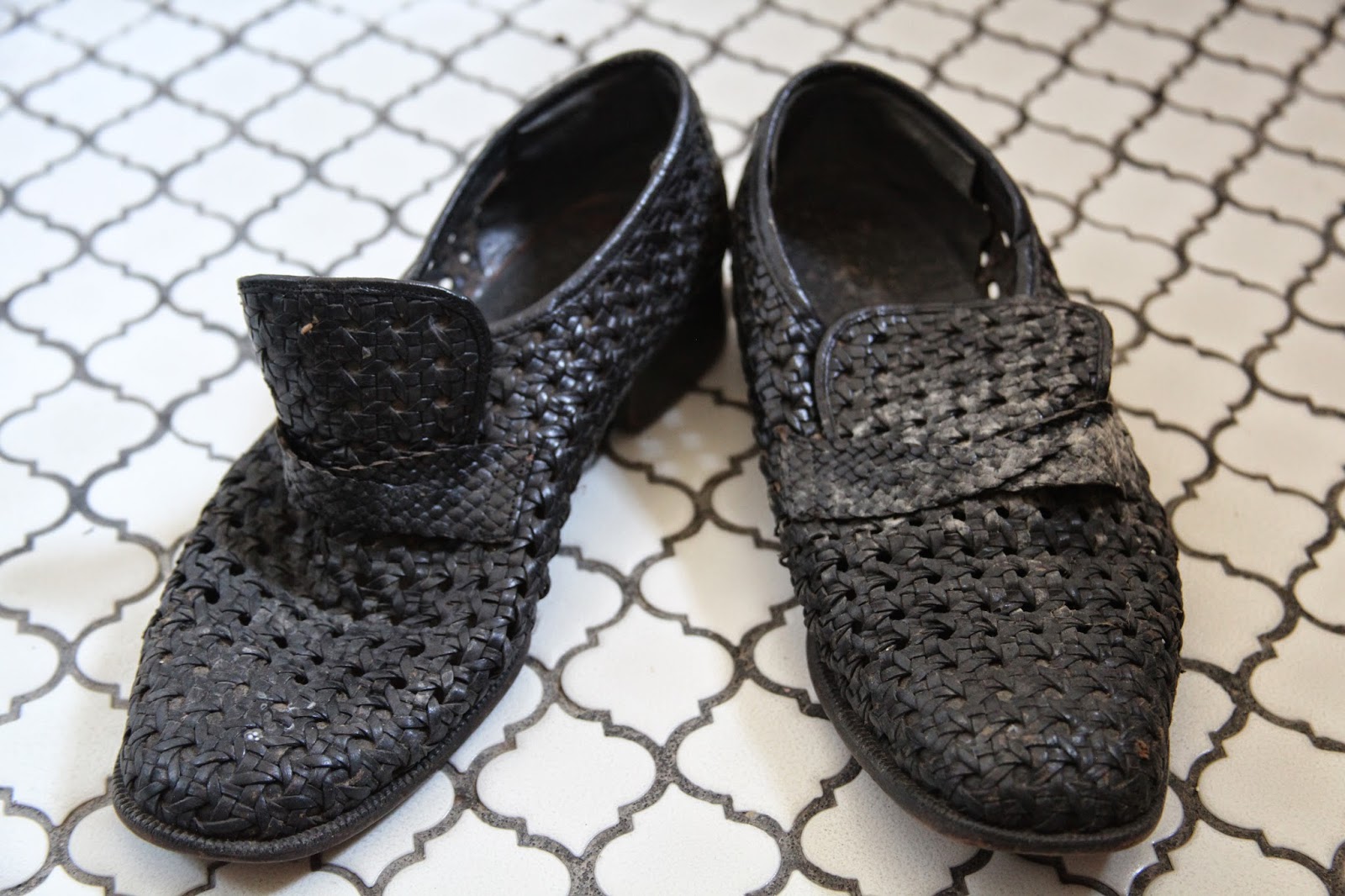 My grandfather was the most elegant man I ever met. He was not conventionally handsome but he truly believed in ‘dress to impress’ and he was impressive.  All of his suits were bespoke and he only wore French cuff shirts. Every day. Dressing down for him meant not wearing a tie and a cashmere cardigan instead of a suit jacket  and Keds or Converse One Stars  (this was the era of Air Jordans that he found unrecognizable as tennis shoes) instead of his leather wing tips. I can see him now in linen suit pants and the finest cotton French cuff shirt with cufflinks wandering around outside in Indiana August heat with a bucket of varnish and a brush doing touch up maintenance to our log cabin. In the 1960’s he converted his bedroom’s sleeping porch into an enormous walk-in closet to hold all of his beautiful suits. After he passed away my grandmother refused to let any of us clean out his closet or donate his clothes. She claimed she didn’t need the space, or wasn’t ready to, or that if one of us did it we might throw out something important. So it remained untouched. As the years passed she became nervous about throwing away mail so into the floor space of grandpa’s closet it went until it was waist high. Despite a marathon clean out session once when she was at a doctor’s appointment the floor was again covered in a matter of months.  We gave up on that closet and the door was closed almost like it never existed. When the time finally came it took me over a week solid to go through his closet. So many tiny scraps of paper. I did find treasures. They would surface as if by clockwork always at the point where after hours of receipts and old newspaper clippings I was on the verge of chucking everything into the recycling bin sight unseen. It was days before the floor area was clear enough to open the cupboard doors and drawers. I had such a clear memory of his beautiful clothes and anticipated finding a treasure trove of the finest vintage men's shoes. Instead I was greeted by what happens if a closet door remains unopened for 16 years. Everything was ruined. All those beautiful shoes playing host to mildew and mold.  Old stains surfacing on the suits and rotting silk ties. It seemed an unfitting end for such a carefully collected wardrobe. It was the shoes though that really got me. Beautiful leather molds to the shape of the foot and the heels were worn just so. It reminded me of his very particular reverse pigeon-toed walk. I could picture him striding out of his office in Santa Monica or in the Kenyan bush –both times wearing cuff-links. I looked at those once beautiful shoes and thought about how unusual that the most elegant, most continental man I had ever known could have been born on a farm so rural that he never was given a birth certificate.  His story and life trajectory all symbolized by the moldy shoes I held in my hands seemed so very American and yet sadly seemingly belonging to a now vanished America.  I wondered if today all of those strangers would take a chance on a well presented, personable, smart but wholly inexperienced and undereducated young man with a great idea? I put the shoes down and took a photograph as a souvenir of my favorite pair and then placed them in the black plastic Hefty trash bag with the rest of the elegant man’s once beautiful wardrobe. 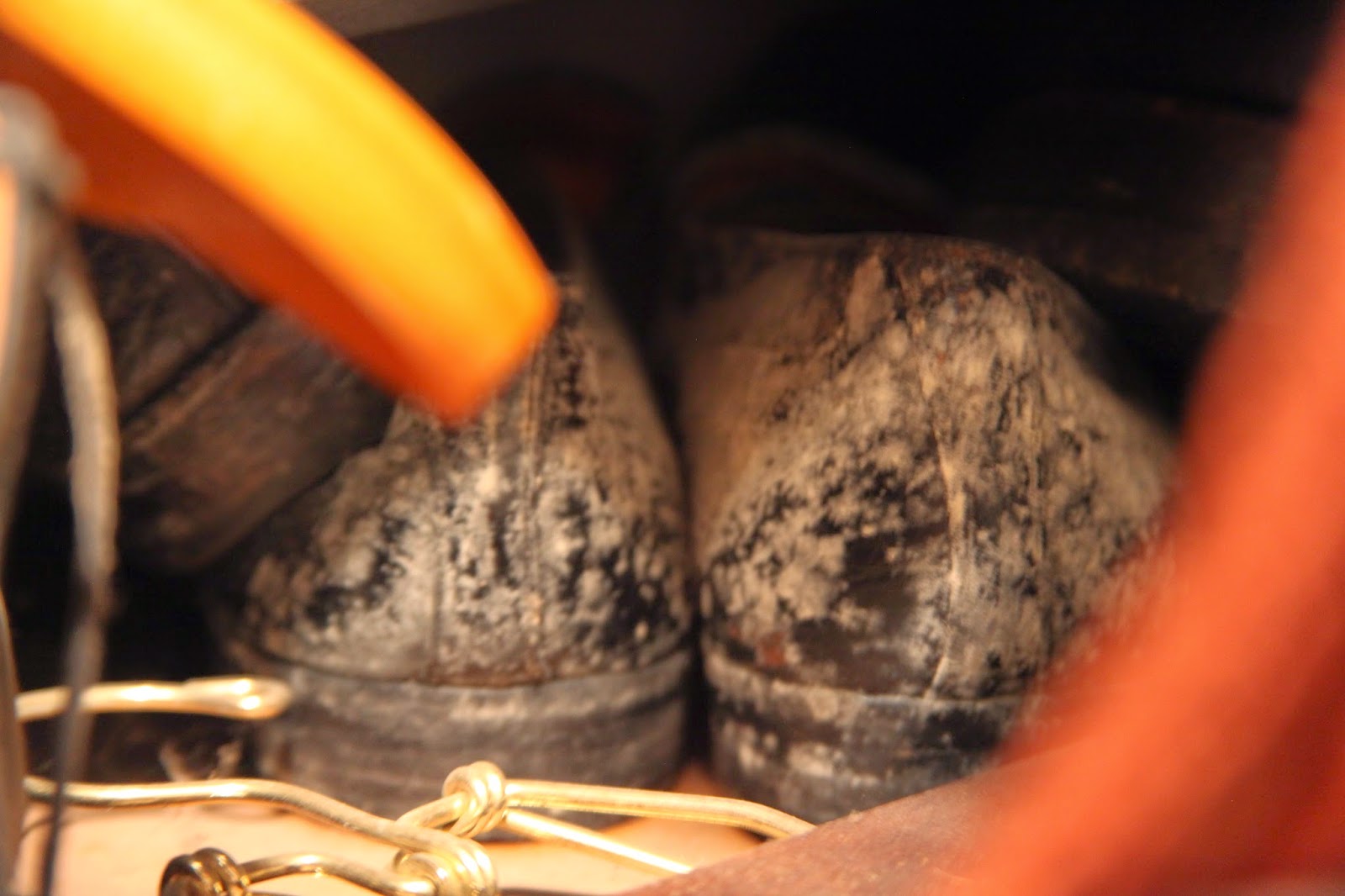 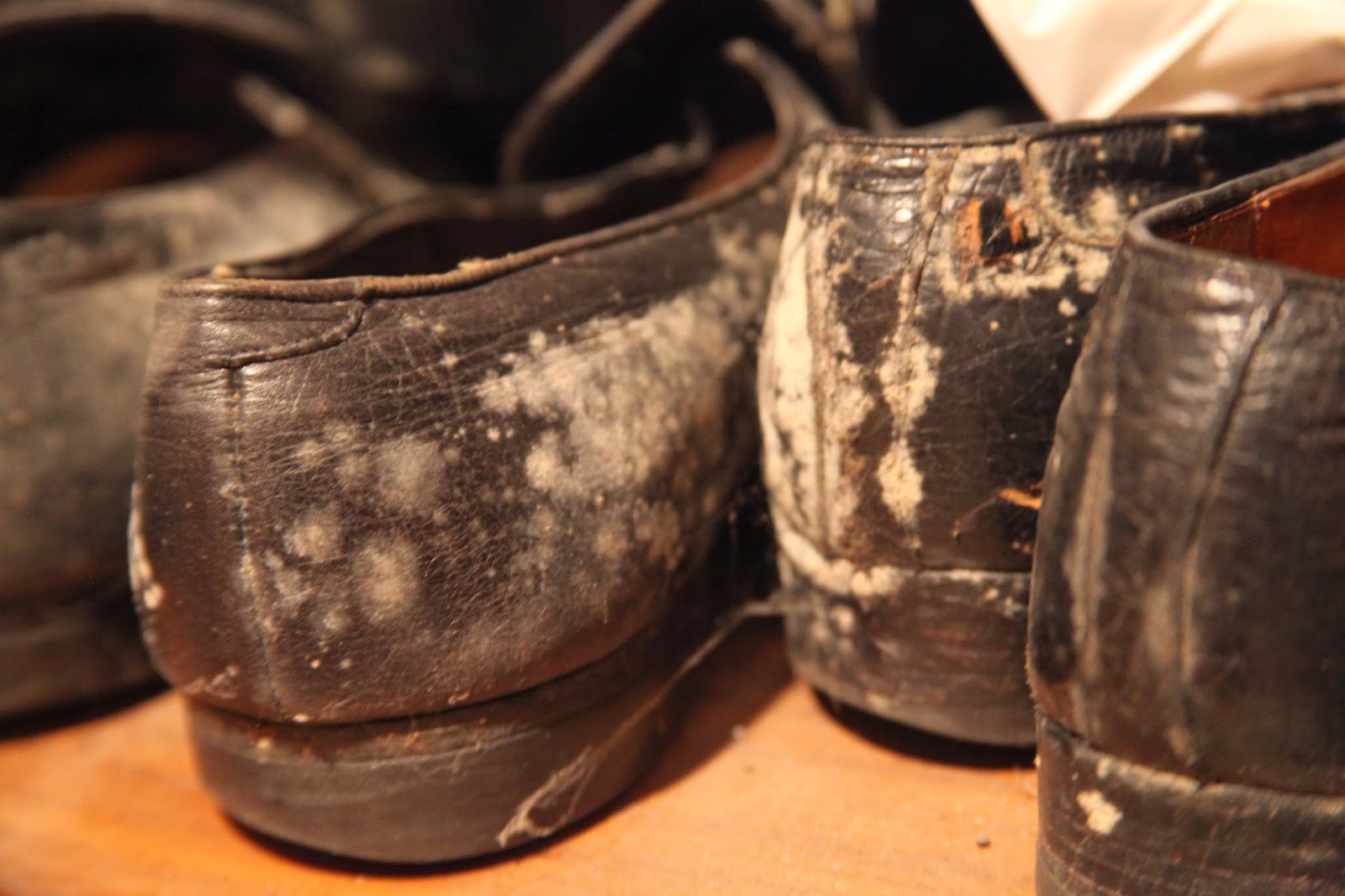 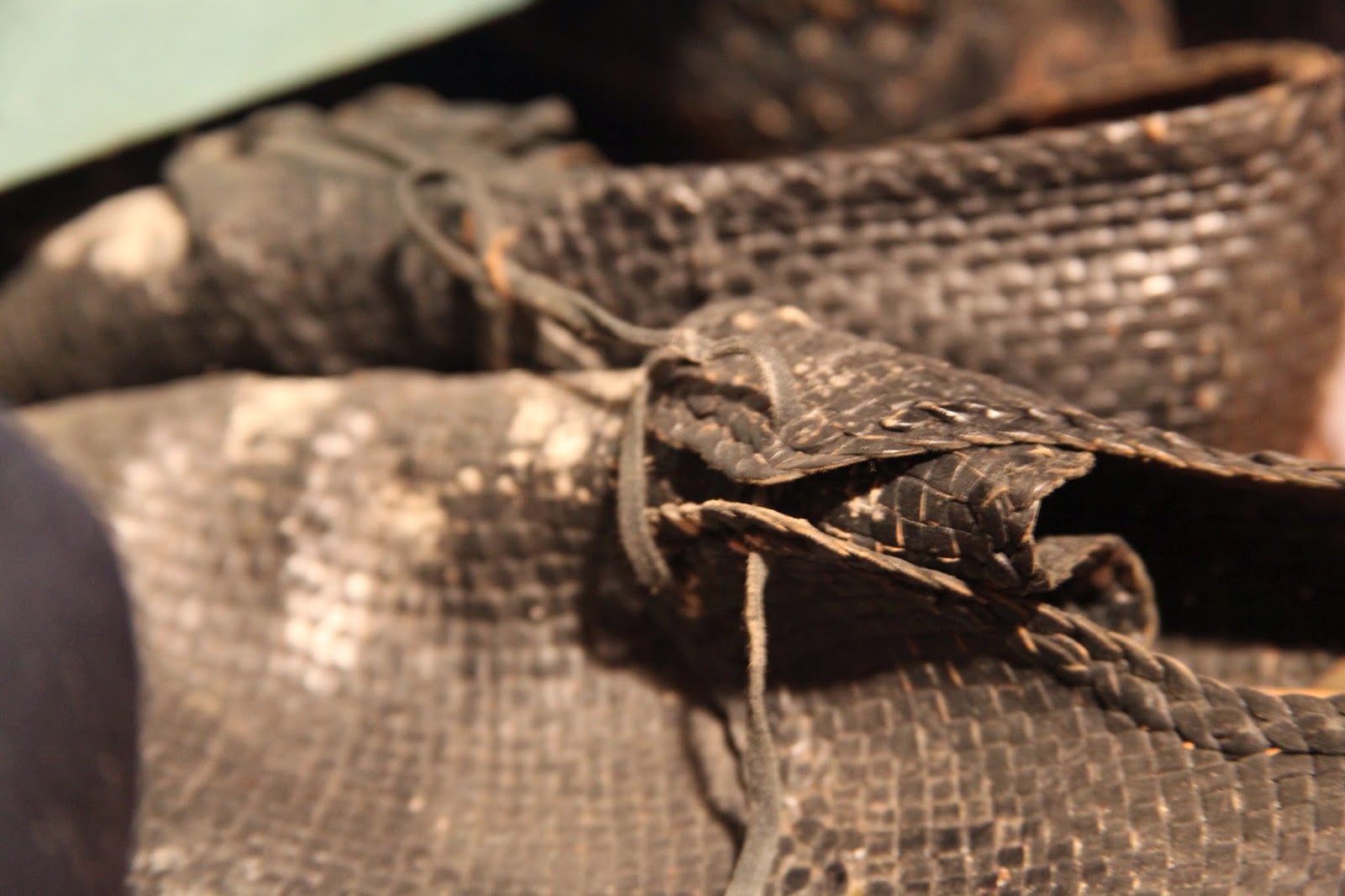 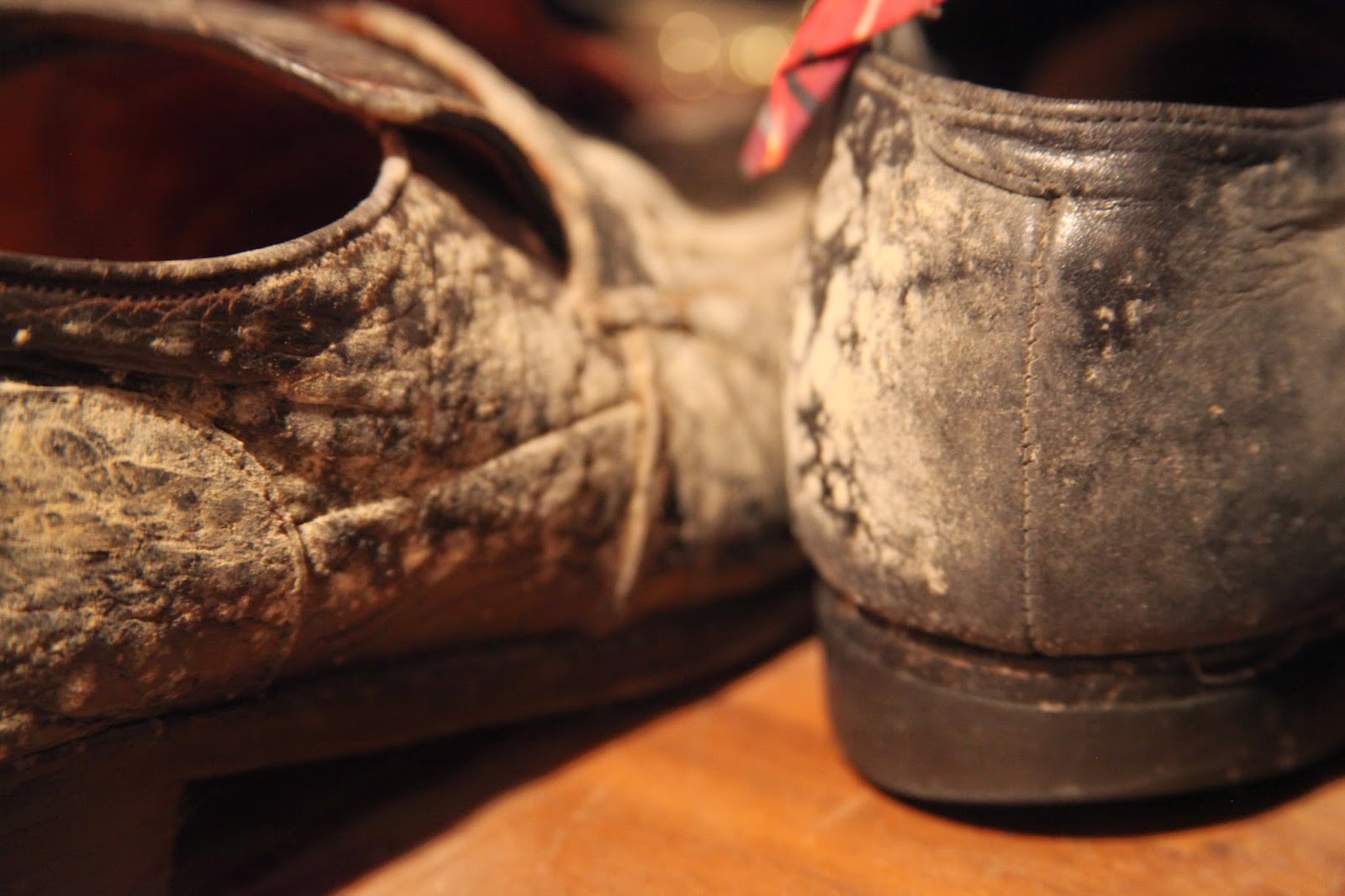